#BankBlackCharlotte: One of the steps to bridge the equity gap 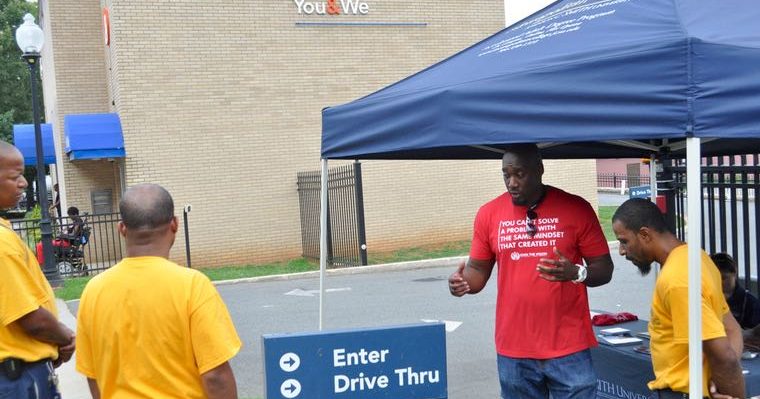 #BankBlackCharlotte: One of the steps to bridge the equity gap

The black community is tired. That’s the message that the violence in Dallas and Baton Rouge is sending. And while most Blacks across the country understand that the senseless murder of innocent people is not the answer, practical solutions are still needed.

The recent deaths of Alton Sterling, Philando Castile and Alva Braziel are urgent reminders. While many blacks are rallying for better relationships between police and the black community and are calling on the police to hold themselves accountable, others are seeking long-term and sustainable ways to capture the essence of who we are as a people and answer the question, How do we move from merely consumers to producers and distributors? The answer lies in Black America capitalizing on its nearly $1.3 trillion annual spending power.

Community organizers around the country are leading the charge for the black community to start banking with black banks and credit unions. Locally, Own The Vision Foundation, Black Owned Charlotte and leaders from an informal group of community activists operating under the name Solutions have joined this national push and are asking people to open accounts with Mechanics & Farmers Bank and First Legacy Credit Union.

Many people question the strategy of banking black as an answer to police brutality. However, we believe it is a long-term and sustainable approach to the issue. Investing in black banks provides a strong foundation and infrastructure for creating a self-sufficient black economy and black political power.

According to Dr. Claud Anderson of the Harvest Institute, Black Americans spend nearly $1.3 trillion annually but controls less than half of one percent of the wealth in this country. This is equal to what Blacks owned immediately after slavery.

Black America owns or controls no industry or resources. Therefore, we have little leverage when it comes to economic, political or social issues. Every successful group in this country has its own economic infrastructure that feeds into the American economy. The Black community is the only group that doesn’t participate in group economics, and this prevents us from fully participating in many areas of the economic and political processes.

The shift to banking with Black-owned banks will also leverage investment into Black communities across the country. According to the Federal Deposit Insurance Corporation (FDIC), for every dollar deposited into a bank, that bank can then lend out 10. With that in mind, if just 10,000 of the nearly 500,000 Black people in the Charlotte and surrounding communities were to open savings accounts with the minimum opening deposit of $100, the bank would immediately have the capacity to lend up to $10 million to qualified borrowers and invest in the black community. This is a commitment that black banks around the country have agreed to. Ultimately, Black America will have a banking partner that will lend and invest based on credit and plan worthiness, not skin color.

Banking Black allows Blacks and other people of color to receive fair and equitable treatment from their banking partner.

On June 29, the Department of Justice and the Consumer Financial Protection Bureau fined Mississippi-based BancorpSouth $10.6 million, alleging the bank deliberately discriminated against minorities in its lending practices. In September 2015, Fifth Third Bank agreed to pay $21 million to consumers to settle allegations that it discriminated against minorities seeking auto loans and used deceptive marketing techniques to sell credit card protection products.

Own the Vision Foundation, The Solution, Black-Owned Charlotte and other community activists are asking that you #BankBlack by going to Mechanics & Farmers Bank starting July 21 to open accounts. Your participation is the first step in helping end police brutality and establishing a strong foundation for black empowerment.

The Own The Vision Foundation will serve as a catalyst to develop Black communities across America to live out the true definition of the word community; where Black people come together with common interests and have joint ownership or participation.

All fields with * are required: